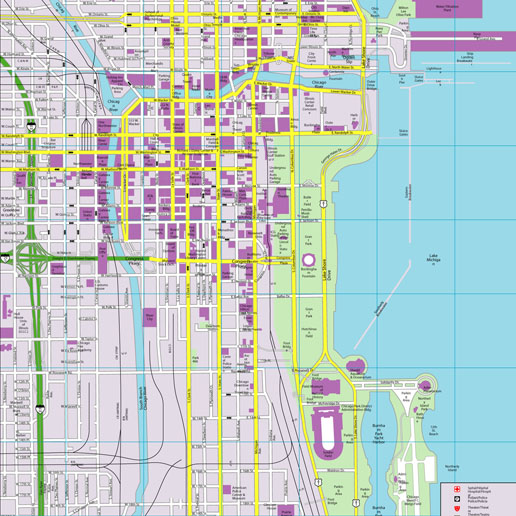 This Street Map of Chicago was produced by Randal Birkey and his team as a part of an entirely new map product line for Rand McNally in 1989. This was the first product line offered by a partnership of Rand McNally and Hallwag, called CityFlash Maps, produced completely digitally on desktop computers comprised of Apple Macintosh FX and CX computers running then current versions of Aldus Freehand and Adobe Illustrator.

The software used produced vector Postscript files which were supplied to the printer, converted to 4-color process film (CMYK) and plates, then used for 4-color offset printing.

5 US cities were completed as a part of the CityFlash product project:

For each city map product, the team produced a range of maps including: street level detail maps including points of interest like this one, public transportation maps, and shopping district maps.