Digital Illustration, Map Illustration, Vector Illustration
Ameritech Mobile and Ameritech Paging were major wireless carriers headquartered in Chicago during the 1980’s as the cellular-mobile-paging market was in its infancy. These firms were an outgrowth and result of the old Bell Telco system before deregulation. Randal did a lot of illustration work for Ameritech Mobile and Ameritech Paging during the 1980’s and 1990’s including coverage maps like the one displayed here. These maps would be reprinted in brochures and flyers, as well as printed on larger display boards for display in retail locations. 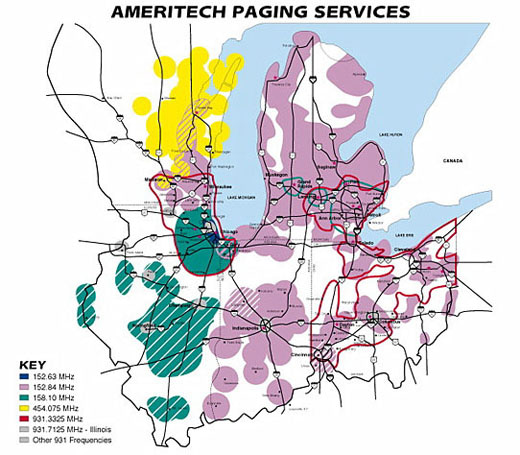