Randal Birkey created this site plan of what eventually became an insurance office campus in the northern suburbs of Chicago in the 1980’s. The developer was Homart, and the project called Riverwoods. The original art was done with pen and ink line work, and color pencil and watercolor washes on illustration board. The illustration was used in a printed piece promoting the development project, and seeking to attract a major tenant. It was one of the first color site plans I did as I started my freelance illustration career in 1981. 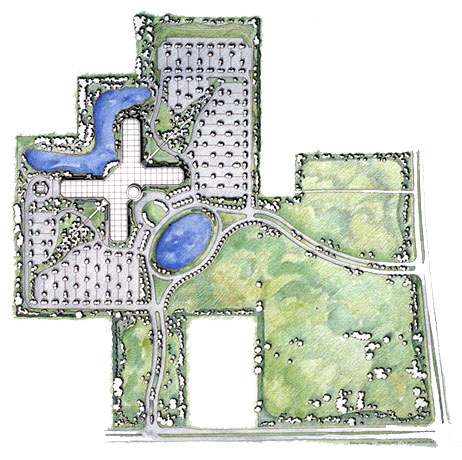